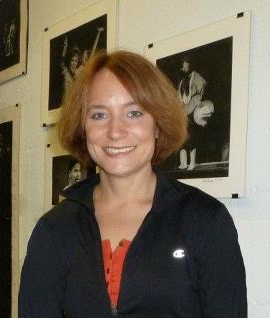 JENNY LANG has over 20 years of diversified production experience in musical theatre, opera, television, concerts and live events.  Currently, she is Assistant Professor of Practice in Stage and Production Management for University of Arizona's School of Theatre, Film, and Television and Managing Director for Arizona Repertory Theatre.  She has been the Director of Production for Tulsa Opera, Production Supervisor for the Dolby Theatre in Los Angeles, and for 12 years was the Production Stage Manager for Lyric Theatre of Oklahoma, where she stage managed over 50 AEA productions.  Other stage management credits include Riverside Theatre, Theatre Under the Stars, Park Square Theatre, The Jungle Theater, Harbor Lights Theater Company, NYMF 2009, LA Opera, Opera Pacific, San Francisco Opera, Florida Grand Opera, New Orleans Opera, Utah Symphony and Opera, Tulsa Opera, Omaha Symphony, and the Oklahoma City Philharmonic.  Television credits include Assistant Camera Coordinator for the Academy Awards, Seating Coordinator for the Emmy Awards, Talent Coordinator for the Golden Globe Awards and People’s Choice Awards, and Stage Manager for the opening ceremonies of the 118th Annual Tournament of Roses. Jenny is a member of Actors’ Equity Association and the American Guild of Musical Artists.  She holds a B.S. in Dance Management from Oklahoma City University and an MBA from the University of Oklahoma.