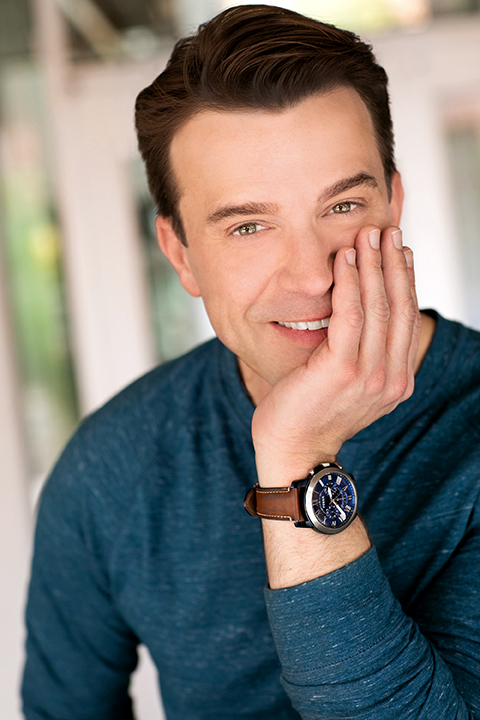 On Broadway, Danny has starred in Little Women, Urinetown, The Full Monty, The Scarlet Pimpernel, A Little Night Music (NYCO revival, LA Opera, and The Kennedy Center), Kismet (Encores!), & How the Grinch Stole Christmas.  Off-Broadway credits include Shakespeare’s R & J, Forbidden Broadway, A New Brain, The Thing About Men, The Most Fabulous Story Ever Told, and many others.  Danny also has countless regional appearances, traversing the country in works varying from the Delaware Theatre Company’s Twelfth Night to California’s Musical Theatre West premiere of Cats.  In addition, symphony and concert appearances include Chicago’s Grant Park Symphony, New Haven Symphony, South Coast Symphony, Avery Fisher Hall, the Library of Congress, and making his Disney Concert Hall debut with the California Philharmonic.  He has guest starred on “Desperate Housewives”, “Law & Order”, & “The Young & The Restless” and can be heard on numerous cast recordings.  As a renowned director, teacher & guest artist Danny has taught and directed at The University of Michigan, UCLA, Western Michigan University, Youngstown University, Clark College, both the prestigious Las Vegas and Orange County High Schools of the Arts, the Professional School for the Arts, the Showchoir Camps of America, the Segrestrom Center for the Performing Arts, and AMDA-Los Angeles.  He proudly holds a BFA in Musical Theatre from the University of Michigan, serving on the alumni committee of the Musical Theatre Program’s 25th Anniversary Gala, and is currently Assistant Professor of Musical Theatre at The University of Arizona. Danny also recently won the BroadwayWorld.com 2012 Best Featured Actor in a Musical Award for his work in Los Angeles.