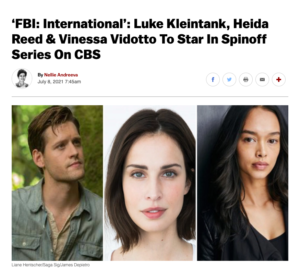 Since graduating and moving to Los Angeles, Vinessa has appeared in a recurring role on Netflix’s Lucifer as the angel Remiel, and recently guest starred in HBO Max’s Hacks alongside Jean Smart, among other roles.

This past summer, Vinessa sat down with fellow alum Kyle Harris (BFA, 2008), Carly Natania Grossman (BFA, 2020), and Michael Schulz (BFA, 2020) in our I Dream in Widescreen 2020 “The Actors” panel to discuss what it takes to be cast, how to stand out and some of the challenges facing actors in the current environment. Watch the segment at youtube.com/watch?v=ZRPMRjGqgSc.