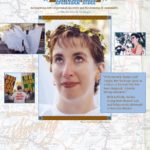 Tucson, AZ – UA School of Theatre, Film & Television announces a special encore screening of the 2004 film Laramie: Inside Out by filmmaker and University of Arizona Professor Beverly Seckinger on Wednesday, April 17, 2019 at 7:30pm at the The Loft Cinema, 3233 E. Speedway Blvd., Tucson, AZ.

In October 1998, Wyoming college student Matthew Shepard was brutally beaten and left lashed to a fence to die. The horror of this murder pushed the town of Laramie, Wyoming into the media spotlight and sparked a nationwide debate about homophobia, gay-bashing and hate crimes. As Laramie braced for the trials of Matthew’s killers, filmmaker Beverly Seckinger returned to her hometown to see how his murder was transforming the site of her own closeted adolescence.  Laramie: Inside Out vividly recounts this pivotal chapter in LGBTQ history, and keeps Matthew’s memory alive.

The screening of Laramie: Inside Out scheduled on Wednesday, April 17 is free and open to the public.  Join filmmaker and Professor Beverly Seckinger and University of Arizona Assistant Professor Greg Pierotti, who was a lead writer on the Tectonic Theater Project play, The Laramie Project, for a discussion immediately following the film screening.  This event is sponsored by the UA Institute for LGBT Studies.

For more information on this event, visit https://loftcinema.org/film/laramie-inside-out/.

Laramie: Inside Out is programmed in conjunction with the UA Presents performance of Considering Matthew Shepard.  The Grammy-nominated three-part oratorio composed by Craig Hella Johnson will be performed on Tuesday, April 16 at 7:30pm at Centennial Hall.  For more information, please visit http://uapresents.org/considering-matthew-shepard.

The University of Arizona School of Theatre, Film & Television (TFTV) aims to nurture and develop outstanding artists and scholars by providing rigorous training and mentoring by internationally recognized faculty, excellent internship opportunities, industry-standard resources, and hands-on production experience.  TFTV offers comprehensive training programs that aim to prepare students to succeed in a wide range of careers – in the industry, the arts, and higher education. Each year through Arizona Repertory Theatre productions, the Studio Series, and Film & Television screenings, students of TFTV are able to showcase their talents, tell compelling stories, and provide clear results of what happens in their classrooms and studios. The TFTV Film & Television program was ranked #20 among U.S. film schools by The Wrap’s “Top 50 Film Schools,” making UA one of the top places to study theatre and film.