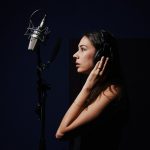 Netflix dubs most commonly into nine languages: French, Italian, German, Turkish, Polish, Japanese, Castilian Spanish, Latin American Spanish and Brazilian Portuguese. (It offers subtitles in 27 languages.) But in April the company created a new position, creative manager for English dubbing, and gave the job to David McClafferty, one of its dubbing supervisors.

McClafferty had already been working to build an informal network of creative talent, starting nine months ago when he hired Kollar to helm the dubbing for the Israeli series “When Heroes Fly” and then for “Money Heist.”