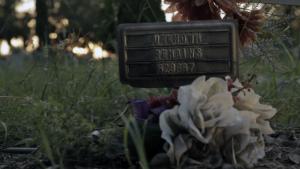 The documentary Missing in Brooks County continues to garner festival awards and media attention from around the country, most recently from Time Magazine and USA Today. In a rolling release plan, the film is now screening in theatres in Texas and California and will arrive in Arizona at the Loft Cinema in Tucson in September.

Co-directed by Jeff Bemiss and School of Theatre, Film & Television Adjunct Instructor Lisa Molomot, and edited and produced by TFTV Associate Professor Jacob Bricca ACE, Missing in Brooks County follows the stories of two families searching for their loved ones who went missing in the fields of Brooks County, Texas. A gripping drama, it is also a deeply humane portrait of the human rights workers, activists, and law enforcement agents who confront the life-and-death consequences of a broken immigration system.

The story the co-directors set out to tell changed over the course of the four years of filming. Originally setting out to make a film about the work of a group of anthropologists to identify the remains of anonymously buried migrants in Brooks County, the focus shifted as they realized that the situation was much more complicated.

“When we really started to learn what was going on, we’re like, O.K., this is the story we want to tell,” Molomot tells TIME.

Upcoming screening information about the film USA Today pronounced a “must-see documentary of the summer” is available at the Missing in Brooks County website.