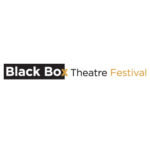 The Black Box Theatre Festival is a student generated performance that exhibits the artistic and intellectual labor of the theatre studies student body at the University of Arizona School of Theatre, Film & Television.  The festival is made up of a collection of original pieces carefully selected by a student committee.  In the fall, the committee received a variety of submissions by an eclectic group of creative students showcasing their extraordinary talent.  The development of the festival is a remarkable learning experience for students that results in unexpected and stimulating performances.

The festival allows students to focus on the creative process of bringing new works to the stage through a minimalist and spontaneous approach.  Theatre students serve as directors and actors for the pieces with support and guidance from faculty and guest director, Annette Hillman.  “The creation of new works is beyond challenging.  Pieces are written, re-written, scrapped or embellished. There are numerous learning opportunities in cultivating new works as they move from ideas to the stage,” said Hillman.  She also noted, “The challenge of changing scripts, meeting deadlines, setting schedules, and making goals are all areas that the students will face in theatres outside of their university career.”

Ticket prices are $7 and can be purchased at tickets.arizona.edu or by calling the College of Fine Arts Box Office at (520) 621-1162 or in person at 1025 N. Olive Road.  Box office hours of operation are Monday-Friday from 12-4pm.  Seating is general admission.

The Black Box Theatre Festival has a run time of 2 hours and 8 minutes including one 15-minute intermission.  All evening performances are followed by a post-show discussion with members of the cast and creative team.  Studio Series productions contain mature content and are not suitable for children.  For more information, visit tftv.arizona.edu.