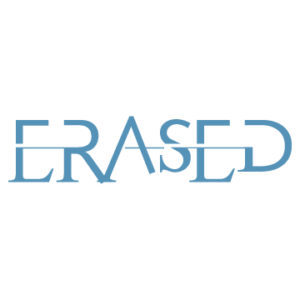 The School of Theatre, Film & Television Studio Series presents Erased, a Collection of Short Plays Exploring the Concept, Process and Results of Erasure

Tucson, AZ – The School of Theatre, Film & Television Studio Series presents Erased October 4-6 at 8pm and October 7 at 2pm in the Harold Dixon Directing Studio, Drama Bldg., Room 116 (UA campus located near the SE corner of Park Avenue and Speedway Boulevard).  All evening performances are followed by a post-show discussion with the cast and creative team.

Ticket prices are $7 and can be purchased at tickets.arizona.edu or by calling the College of Fine Arts Box Office at (520) 621-1162 or in person at 1025 N. Olive Road.  Box office hours of operation are Monday-Friday from 12-4pm.  Seating is general admission.  Run time is approximately 80 minutes with no intermission.  Studio Series productions contain mature content and are not suitable for children.

Erased is new theatrical performance exploration of the concept, process and results of Erasure through seven 10-minute plays commissioned, dramaturged and directed by MFA Generative Dramaturgs at the University of Arizona.  Each short play is a response to Erasure, or the act of scraping, expunging, effacing, deleting, or obliterating.

This Studio Series creative project was developed under the direction of accomplished playwright and Associate Professor, Elaine Romero, who explains the genesis of the project.  “I decided to create a project for our students that would best simulate the experience of working as a professional dramaturg, overseeing the commissioning of several short new plays for a professional theatre.”  Romero goes on to say, “The project challenges our dramaturgs to balance a producer’s vision with a playwright’s vision.”

The School of Theatre, Film & Television is proud to have MFA Generative Dramaturgy students, Anna Jennings, Fly Steffens and Vanisha Renée Pierce, serve as dramaturgs and directors on this project.  They each bring a unique creative approach to the project and to the theme of erasure.  As Pierce explains, “I don’t have any profound sound bites about the concept of erasure.  All I know is that we need to fight it.  By welcoming these works in the Studio Series, I hope we can do our part in that fight.”  Jennings notes, “I am also fascinated by the creative potential of erasure as an artistic process.  Whether it is erasure in theme or erasure in form, nothing is ever totally obliterated.  Evidence of erasure is visible if you take a moment to look, and each of these new plays demand we notice traces of the erased.”

This Studio Series project highlights the strength of the theatre studies program at the School of Theatre, Film & Television.  Steffens explains, “This project has students in the BA Theatre Studies program participating in new play development.  Collaborating on a new work with playwright, dramaturg, director, designers, and performers all in conversation in the room is a very different process than working on a set text, and this experience provides students not only with insight into the field but invaluable skills to offer the new play development process in their future careers as theatre artists.”