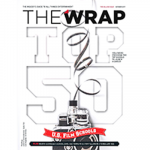 Our program once again stars in The Wrap’s annual Top 50 U.S. Film Schools issue! The School of Theatre, Film & Television has jumped 10 spots from last year and is now one of the Top 25 Film Schools in the U.S., as ranked by Hollywood professionals.

#25 THE UNIVERSITY OF ARIZONA

UA has an ambitious new VP for the arts, Andrew Schulz, who has plans for the school inspired by SXSW, TED Talks and Cirque du Soleil. New School of Theatre, Film & Television director Andrew Belser is a future-oriented guy who’s writing a book on the neurology of acting. “We are going to bring the theatre, film and television program to the region, and bring the region to us,” Belser told the UA newspaper. He plans to strengthen UA’s ties to the Hanson FilmTV Institute, which runs Tucson Cine Mexico and the Flagstaff Red Screen Native American fest. UA is launching mini-campuses in Manila and Lima, where film students and faculty can spend a semester abroad, with six more global programs coming up.