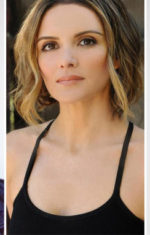 Adapted for television by Chris Sheridan (Family Guy), Resident Alien follows Harry (Tudyk),  a crash-landed alien who, after taking on the identity of a small-town Colorado doctor, slowly begins to wrestle with the moral dilemma of his secret mission on Earth — ultimately asking the big life questions: “Are human beings worth saving?” and “Why do they fold their pizza before eating it?”

Hamilton will play General McCallister, a high-ranking general who seemingly plays by the rules and runs a tight ship but secretly oversees a covert operation looking for aliens.

Maughan will portray Lisa Casper. Even though she looks soft and innocent, she’s a high-strung badass. General McCallister dispatches her to find the mysterious alien.

Barima is David Logan, who recently was dismissed from the military. General McCallister also enlists David to search for the mysterious alien.