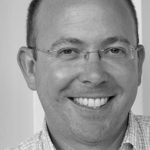 Broadway: THE ELEPHANT MAN, IT’S ONLY A PLAY, A GENTLEMEN’S GUIDE TO LOVE & MURDER.