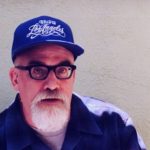 School of Theatre, Film & Television alum Peter Murrieta, known for projects such as Mr. Iglesias, Greetings From Tucson, and Wizards of Waverly Place, has signed a first-look deal with Universal Television. Under the deal, Murrieta will develop original content for broadcast, cable and streaming platforms.

“We couldn’t be happier to be working with Peter in this new way,” said Jim Donnelly, executive vice president of comedy development at Universal Television. “Besides being a hilarious writer and all-around great guy, he has an amazing track record of championing and supporting fellow Latinx voices and talent. We look forward to all the great projects we get to collaborate with him on.”

Murrieta is currently working on Primo at IMDB TV and is developing an animated project for Amazon and a feature for DreamWorks Animation. Outside of film and television, he is writing his first novel based and his first comic book, Henchmen. The comic will be available on May 26 and follows an easy-going henchman attempting to take control of his life and survive corporate super villainy.

This past summer, Peter sat down with fellow alum Allison Vanore in our I Dream in Widescreen 2020 “Writer’s Room” panel to discuss streaming platforms, writing and producing a hit TV series, what makes good television and whether today’s writers’ rooms are diverse enough. Watch the segment at youtube.com/watch?v=75OsDhhzkUI.