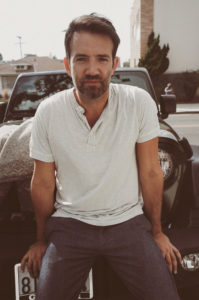 Pretty Problems, a comedy feature written by and starring School of Theatre, Film & Television alum Michael Tennant (BFA Theatre Production, ’03), opened at the Loft Cinema on Friday as part of a national and online release.

The film made its World Premiere at SXSW 2022, and was one of just two acquired for distribution at the festival. Pretty Problems also won the Audience Award at SXSW and the top award at the Sonoma Film Festival. The film, about a couple whose relationship is put to the test when they try to fit in with new acquaintances during a weekend of wine and wealth, also stars Clayton Froning (BFA Acting ’07). In a review for Deadline, critic Anna Smith admired the film’s “sharp script” and the “laugh-out-loud comedy.” 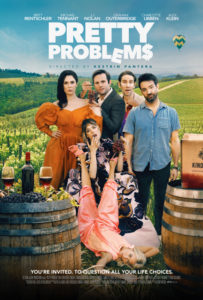 Talking about his time at UArizona, Tennant was unequivocal about the impact of TFTV Professor Emeritus Harold Dixon: “Harold changed the course of my life. He was so supportive.” And Tennant’s advice for emerging TFTV alumni? Be proactive, and collaborate. “Don’t wait around for the career that you want. I had never written a feature before, but I had been waiting 12 or so years for someone to give me my career. So I got busy. I was meticulous – I wrote a detailed outline, then a 20-page short story [before writing the script]. And when it came time to cast the actors, I thought – what if I make this with all of my friends? No one will let the other fail.”

Pretty Problems screens October 7 – 11 at the Loft Cinema. Tickets are available at loftcinema.org.