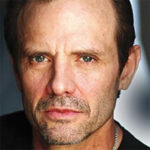 Michael Biehn graduated from Lake Havasu High School and then attended the University of Arizona Drama program on a Drama scholarship. After two years at the UA, he moved to Hollywood in 1977. Michael got his start in movies with a bit part in the film version of GREASE in 1978. In 1981, he played a stalker in THE FAN. After a few more films, Biehn played Kyle Reese, a sergeant sent back in time by John Connor to save his mother, Sarah Connor, in the 1984 film, THE TERMINATOR. He starred in two other films directed by James Cameron: ALIENS (as Corporal Hicks) and THE ABYSS (as Lieutenant Hiram Coffey), and had a small role in TERMINATOR 2: JUDGMENT DAY (special editions and the director's cut). In the 2000s, Michael has taken acting roles ranging from big budget films like THE ART OF WAR and CLOCKSTOPPERS, to video games like Command & Conquer: Tiberian Sun, and independent movies, such as HAVOC. He also starred in three TV series, including the CBS drama, THE MAGNIFICENT SEVEN (1998–2000), ADVENTURE INC. (2002–2003), and the NBC TV series, HAWAII (2004). Michael said he was encouraged by Robert Rodriguez while on the set of PLANET TERROR to make his own film. He has produced, written, directed and starred in THE VICTIM, released in 2011.