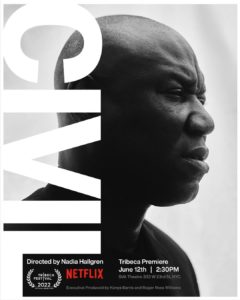 Civil, a new documentary about the attorney Benjamin Crump, made its world premiere at the Tribeca Film Festival this past weekend. The film, directed by Nadia Hallgren (Becoming, After Maria, Omnipresence) chronicles the attorney’s mission to root out anti-Black racism and violence by hitting perpetrators where they’re hurt most: their wallets. Representing the families of Trayvon Martin, Michael Brown, George Floyd, Ahmaud Arbery, Breonna Taylor, Daunte Wright, Andre Hill, Winston Boogie Smith, Jacob Blake, and the people of Flint, Michigan in civil lawsuits, Crump has been working to ensure financial accountability and raise the value that courts put on Black life.

The documentary was edited by University of Arizona School of Theatre, Film & Television alum Lindsay Utz, ACE (BA, ’03) alongside editors Enat Sidi and Nathan Punwar. Utz has received acclaim for her work on previous documentaries, including Billie Eilish: The Worlds a Little Blurry, Quest, and the Academy Award winning American Factory, and is currently at work on the feature documentary True Memories and Other Falsehoods.