The University of Arizona School of Theatre, Film & Television (TFTV) is gearing up for the Spring semester of live public performances. Following our return in Fall 2021 with our productions of Into the Woods, Three Sisters, and Everybody, we continue with Qui Nguyen’s Living Dead in Denmark. Using Hamlet as a jumping-off point, Nguyen throws in martial arts, horror movies, pop songs, puppetry, and comic books in a hilarious and witty play.

Along with guest Director Inés Braun, the creative team for Living Dead in Denmark includes designers from the Design and Technical Production BFA and Graduate programs. 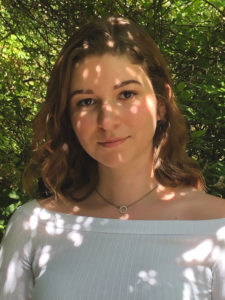 Cassie Frazier is the Costume Designer on Living Dead in Denmark and a first year Costume Design MFA student. She received her bachelor’s degree in Theatre Design and Technology at the University of North Carolina at Wilmington where her focuses included costuming, stage management, and arts administration. This is her first major design project with Arizona Repertory Theatre.

TFTV: What was your inspiration for the costume design for Living Dead in Denmark?

Cassie Frazier: The characters and plot of this show is all over the place, so I pulled inspiration from all kinds of sources. I would say that Star Wars was a large part of my research as it was a favorite of mine growing up. The stories were similar in that they had non-human creatures, a resistance army, and a lot of action. Relating it to Star Wars in my research helped me form a connection to the script.

What has been your favorite part of designing Living Dead in Denmark?

I’ve enjoyed getting to meet and work with a lot of the other designers and actors for the first time. The collaborative aspect of our industry has always been my favorite, so getting to make connections and learn about everyone else’s work has really helped motivate me throughout this process. I’m really thankful for the help of the TFTV Costume Shop. This is just as much their creation as it is mine and I think that our working together is what has made this such an experience.

What has been the most challenging part of designing costumes for this production?

Zombies are not really my style. Nothing about this show really is. The show as a whole as been a challenge because it’s entirely out of my comfort zone. But it’s a positive thing for me to practice getting out of my comfort zone. It allows me to broaden my taste, experiment with styles I never would have considered, and overall gives me an opportunity to push myself by taking on a different perspective.

Discover Cassie’s costume work in Living Dead in Denmark from February 27 to March 20, 2022. Tickets are available at tickets.arizona.edu. 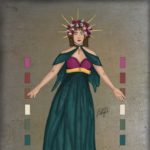 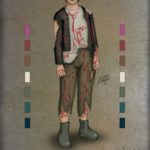 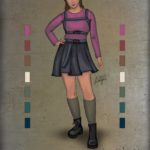 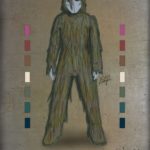 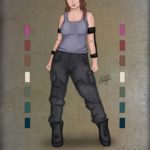 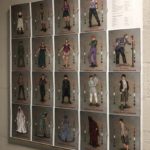 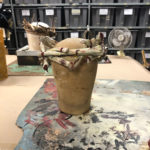 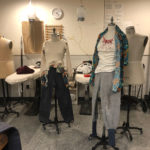 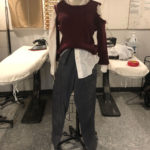 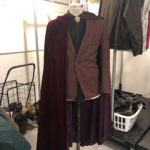