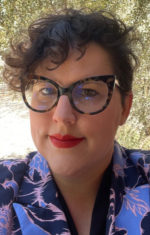 In the book, Prof. Cooper explores how postwar Hollywood cinema adopted elements of British and French imperial visual culture, transforming them to suit a new United Statesian context. Cooper argues that four visual discourses, in particular the sublime, the ethnographic, the picturesque, and glamour, became building blocks in the development of a new American visual language.

A review by University of California Professor Peter Limbrick states “By illuminating the way that the ‘dream factory’ imagined a Europe that exists primarily for the white traveler, Cooper’s study contributes to a richer understanding of U.S. imperialism and its cinematic narratives.”