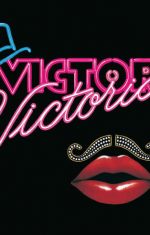 Moonlight Stage Productions concludes its 39th summer season with the San Diego Regional Premiere of “Victor/Victoria,” September 11 – 27, 2019 at 7:30 p.m. Tickets, priced $17 – $57, are on sale now online at moonlightstage.com or by phone by calling VisTix at (760) 724-2110. Discounts are available for seniors, students, and military. The Moonlight production will feature the original Broadway sets (designed by Robin Wagner) and costumes (designed by Willa Kim). Set in Paris in the 1930s, “Victor/Victoria” is a gender bending musical comedy about an English soprano, Victoria Grant, who finds herself at a nightclub, without work or money. She meets Carroll Todd, or “Toddy,” a performer at the club who is fired while trying to help her. The two soon team up and embark on an unlikely (and surprisingly successful) scheme. With Toddy’s help, Victoria becomes “Count Victor Grazinski,” a renowned female impersonator. The twist is of course that she is a woman, claiming to be a man, claiming to be a woman. Things get even crazier when sparks begin to fly between Victoria and a notorious Chicago businessman, King Marchan, and he sets out to uncover “the Count’s” secret.

In the role of King Marchan, Hank Stratton returns to the Moonlight having appeared as Joseph Pulitzer in last summer’s “Newsies,” and as Henry Higgins in “My Fair Lady.” Stratton starred in the Broadway revival of “The Man Who Came to Dinner” opposite Nathan Lane and for three seasons, he appeared in the CBS drama “The Unit,” in addition to recurring roles on “Heroes” and “American Dreams.” Other television work includes numerous films and guest appearances for NBC, ABC, CBS, Hallmark and HBO. He has starred with the Royal Shakespeare Company, and in the national tours of “Copenhagen” and “Cabaret.” Stratton is currently on faculty at the University of Arizona where he serves as the Division Head of BFA Acting, and the Artistic Director of Arizona Repertory Theatre. He is a graduate of The London Academy of Music and Dramatic Art.