Treasures Beneath My Tree, the breakout senior thesis film of Alexandra Cerna (’21), screened at this year’s Comic-Con International. After numerous festival screenings in the U.S., the film will make its European debut at prominent Latinx and youth film festivals in Switzerland and France. Cerna was recently hired to join the office of Senator Mark Kelly as Creative Manager.

“These achievements are a testament to the outstanding filmmaking talents of Roxanna, Alexandra and Martin, and to the mentorship they received from our dedicated faculty and staff,” said Brant Pope, TFTV’s interim director. “Emerging from these early career wins, I cannot wait to see what they do next.” 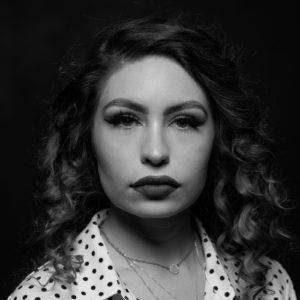 The paid position at Edutopia offers Stevens Ibarra mentorship on all aspects of production.

“Roxanna’s combination of expertise in video production together with experience in K-12 education made her stand out,” said Melissa Thompson, Senior Video Editor/Producer at Edutopia. “During her fellowship, Roxanna will get to try out all the things that go into an Edutopia video – from pitching and pre-production, through production, post, and publishing.”

“This fellowship has been more rewarding than I could have imagined,” Stevens Ibarra said. “Meeting the team at Skywalker Ranch has allowed me to see the impact of our videography work on everyday classrooms. I’m deeply grateful for this opportunity to be part of a foundation that is dedicated to transforming K-12 education.” 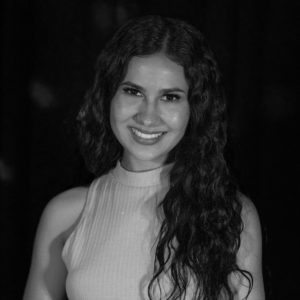 Alexandra Cerna’s senior thesis film Treasures Beneath My Tree combines stop motion with live action in a fantastical tribute to the patches of nature Cerna knew as a child – both the lone tree in her front yard in the Arizonan desert and the lush green Mexican pueblo of her father’s family.

“I am so grateful for the success of my film nationally and internationally, and it would not be possible without TFTV’s Advancement Director Kerryn Negus,” said Cerna. “She developed a film festival entry strategy tailored specifically for my film and has been mentoring me for months.” 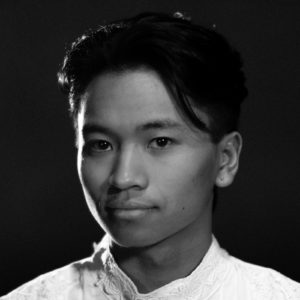 Martin Olloren (’22) makes films dedicated to marginalized people including immigrants, LGBTQ+, and the houseless. TWIXXX stars Phoenix-based drag performer and activist Twix alongside TFTV Associate Professor and actor David Morden in a story that charts the encounter between a struggling drag queen and a persistent houseless man.

“The feedback I’ve received from the LGBTQ+ Toronto Film Festival has been amazing,” says Olloren, who was recently hired by the streaming service Tubi. “I’m so honored to receive this award for “Best Performances” on behalf of Twix, David and the rest of the cast. It’s gratifying to see that the message you wanted to convey with your art is being acknowledged by the audience.”

About the School of Theatre, Film & TelevisionThe School of Theatre, Film & Television is a member of the Arizona Arts division at the University of Arizona. The school nurtures and develops artists and scholars via rigorous training and mentoring by dedicated faculty. Students have access to high-level internship, industry resources, and hands-on production experience. TFTV offers training programs to prepare students to succeed in a wide range of careers – in the industry, the arts, and higher education. Each year students can showcase their talents and tell compelling stories through plays, musicals, screenings and more. TFTV regularly ranks in The Wrap’s “Top 50 Film Schools,” Onstage’s “Top 30 College Musical Theatre Programs” and “Top 30 College Theatre Design & Tech Programs.”