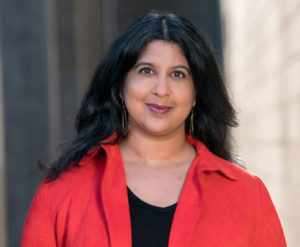 This week The Public Theater announced that Amrita Ramanan will join the organization as their new Director of New Work Development. “I look forward to expanding my support to the global storytelling community as the Director of New Work Development and collaborating with The Public company on creating dynamic, thought-provoking, joyful, healing, and vital artistic programming in this next chapter of The Public’s trajectory,” said Ramanan.

Since premiering HAIR in 1967, The Public continues to play a major part in creating the canon of American Theater and is currently represented on Broadway by the Tony Award-winning musical Hamilton by Lin-Manuel Miranda, Girl From the North Country by Conor McPherson and featuring the music of Bob Dylan, and the revival of Ntozake Shange’s for colored girls who have considered suicide / when the rainbow is enuf. The Public has received 59 Tony Awards, 184 Obie Awards, 55 Drama Desk Awards, 59 Lortel Awards, 34 Outer Critic Circle Awards, 13 New York Drama Critics’ Circle Awards, 58 AUDELCO Awards, 6 Antonyo Awards, and 6 Pulitzer Prizes.

Ramanan graduated from the University of Arizona School of Theatre, Film & Television in 2007 with a Bachelor of Fine Arts in Dramaturgy and Theatre History, and has since been establishing herself as a multidisciplinary artistic leader. Previously, Ramanan served as Oregon Shakespeare Festival’s Director of Literary Development and Dramaturgy for five seasons where she supported new play commissioning, new play development, and season planning, and created OSF’s inaugural Writer’s Group. Most recently, she worked as Senior Cultural Strategist and Dramaturg for Play On Shakespeare and the 2021- 2022 Interim Fellowship Associate/Core Apprentice Dramaturg at the Playwrights’ Center.