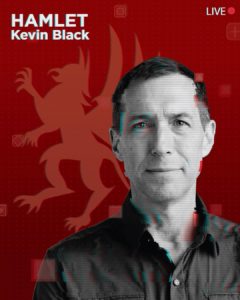 In a recent Tucson Weekly feature, Black reflected on his love for the Shakespearean play. “The more you look at it, the more layered it is,” he says. “It’s just this fascinating combination of incredibly exciting revenge tragedy with all these explorations and considerations of what it means to be alive.”

FINE REVOLUTION was made possible with support from the University of Arizona College of Fine Arts, the School of Theatre, Film & Television, and the Research, Innovation and Impact Production Grant Program.