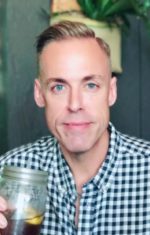 Patrick Holt is an Associate Professor at the University of Arizona School of Theatre, Film, & Television. His work has been seen at The Guthrie Theater, The Kansas City Rep, The Pioneer Theater Company, The Utah Shakespearean Festival, Playmakers Repertory Company, The Colorado Shakespeare Festival, The Alabama Shakespeare Festival, The Kennedy Center for the Performing Arts, The American Dance Festival, The John Houseman Theater, The Public Theater. He has also worked with HBO, CBS, A&E Network, World of Wonder, and Bonneville Media. He designed costumes for the world premiere of Romulus Linney’s Gint, and Tazwell Thompson’s Constant Star. Patrick has designed over 25 productions for the Arizona Repertory Theatre and is a member of United Scenic Artists.