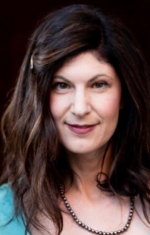 Lisanne Skyler is the writer/director of award-winning short, feature and documentary films that have been selected for Sundance, New York Film Festival, South by Southwest Film Festival, AFI Docs, Cinema du Réel in Paris,  and the Venice Film Festival, and broadcast on HBO, PBS, Sundance Channel and around the world. Recent work includes the Oscar-shortlisted HBO Documentary Film Brillo Box (3¢ off) and A Few Thing About Robert Irwin for the Los Angeles County Museum of Art (LACMA) Art + Film Gala. Across genres and platforms, tackling subjects ranging from domestic violence to the contemporary art market, her films engage audiences with complex social issues, through vivid character portrayals and dynamic visual style.