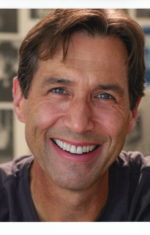 Kevin Black is a Professor of Practice in Acting, teaching Acting l and ll, Introduction to Voice and Movement, and Screen Acting. He is a professional actor with more than thirty-five years’ experience, spanning regional and New York theatre and independent and studio film. He has acted at companies such as The New York Shakespeare Festival, The Shakespeare Theatre at the Folger, Primary Stages, The Pearl Theatre Company, Theatre for a New Audience, Laguna Playhouse, and Arizona Theatre Company, and he has appeared in films selected for the Sundance Film Festival, the San Francisco International Film Festival, the Seattle International Film Festival, and the Venice Film Festival. In addition to acting, he coaches speech and dialects, and directs and produces theatre, film, and dance projects.

I DREAM IN WIDESCREEN STARTS TODAY 🌟 Head to youtube.com/UASchoolofTFTV and join us. Here is the schedule of events for today, Saturday August 8, Day One:

3pm PT/6pm ET: Welcome by Scott Stuber, followed by THE INFLUENCERS, a conversation between Lindsay Utz ('03) and Tyler Gillett ('04)

See you there! ... See MoreSee Less

Arguably one of the most iconic slasher film franchises, Scream is getting its latest installment and it'll be directed by none other than UA School of Theatre, Film & Television alum Tyler Gillett ('04). Alongside co-director Matt Bettinelli-Olpin, Tyler will direct a cast that includes actors from the original Scream, Courteney Cox and David Arquette.

Wondering how he got to where he is now? Head to our YouTube channel TOMORROW as Tyler chats about his journey since graduating from TFTV with fellow alum, film editor Lindsay Utz ('03) in 'The Influencers' • I Dream in Widescreen | 2020• Saturday August 8 • Starting 3pm PT/6pm ET • youtube.com/UASchoolofTFTV ... See MoreSee Less

"Ibarra is a young talented Mexican-American filmmaker whose debut film, Tesoro, is a powerful start to her career. Tesoro is a sensitive and thoughtful debut film—and like its title, a gem of a short movie."

Watch the World Premiere of Tesoro, one of many gems at I Dream in Widescreen | 2020 • August 8-9 • Starting daily at 3pm PT/6pm ET • youtube.com/UASchoolofTFTV ... See MoreSee Less

We were thrilled when Kyle Harris ('08) agreed to be part of I Dream in Widescreen this weekend. Since graduating from the University of Arizona: Acting/Musical Theatre program at the TFTV, Kyle has become a sought-after actor on stage and on screen. On television he is known for his roles on Freeform's Stitchers and God Friended Me, along with numerous guest starring roles on shows like The Carrie Diaries and Indoor Boys. Kyle is also a regular on Broadway, where he was most recently seen in Matthew Lopez's multiple award winning 'The Inheritance,' which just won Outstanding Broadway Production at the 31st annual GLAAD Media Awards. The pandemic has not slowed him down. Kyle just published a book, 'Katarina Ballerina,' co-written with his friend New York City Ballet dancer Tiler Peck.

Tune in to Arizona Spotlight on NPR 89.1FM tomorrow (Thursday) when host Mark McLemore chats with TFTV filmmakers Roxanna Denise Stevens Ibarra and Zach Lovvorn about their films premiering at I Dream in Widescreen | 2020 this weekend.