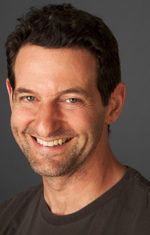 Greg Pierotti is an Assistant Professor of Dramaturgy and Theatrical Devising at the University of Arizona. He was recently awarded a George H. Davis Fellowship in support of his newest research presentation to be delivered (with his collaborator Cristiana Giordano) to the Canadian Anthropology Society this spring in Santiago de Cuba. He has taught collaborative playmaking for over 20 years. He is co-author of the plays THE LARAMIE PROJECT, LARAMIE: 10 YEARS LATER, THE PEOPLE’S TEMPLE, and the HBO teleplay, THE LARAMIE PROJECT. For these works, Pierotti received the Bay Area Theater Critics Award, a Will Glickman Award, and the Humanitas Prize, and received NY Drama Desk, Alpert and Emmy award nominations. As an actor he has performed at Lincoln Center Theater, Brooklyn Academy of Music, La Jolla Playhouse, The Union Square Theater, to name a few. His latest play in progress, B MORE, addresses the death of black Baltimore resident, Freddie Gray, during an illegal arrest by the Baltimore City Police Department and the ensuing street uprisings. He is co-author of a new book on the practice of theatrical devising, MOMENT WORK, which is forthcoming from Random House in spring, 2018.

His current academic research explores the cross-pollination of theatrical devising practices, anthropology and affect theory. The goal of his current research activity is two-fold. On the one hand, it offers ethnographic writers new research designs and approaches for presenting their empirical material; on the other, it challenges anthropologists, performing artists, writers, designers and directors to pay deeper attention to the complexities of various worlds and their grammars.