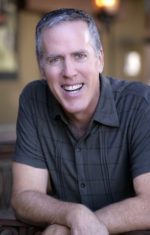 David Morden is an Assistant Professor of Voice and Movement.  For Arizona Repertory Theatre, he directed Lend Me a Tenor and Inspecting Carol and has served as voice and/or dialect coach on A Streetcar Named Desire, Twelfth Night, Born Yesterday, Hands on a Hardbody, The Tempest, The Comedy of Errors, Cabaret, Othello, and Nine, among others.   He also acted in ART’s production of Proof and directed Medea/Medea/Medea Redux for the UA Studio Series. Locally, he has served as voice and/or dialect coach for Arizona Theatre Company, Arizona Opera, The Rogue Theatre and Scoundrel & Scamp Theatre. For the past four seasons, David served as Voice and Text Coach for Santa Cruz Shakespeare (most recently coaching Romeo and Juliet, Love’s Labour’s Lost and Venus in Fur), where he also directed Orlando for the 2016 SCS intern company.  Internationally, he has performed and taught at Jagriti Theatre in Bangalore, India.