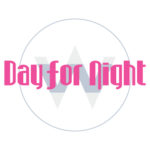 French New Wave director Francois Truffaut’s Day for Night is a passionate love letter to the art of filmmaking. Truffaut himself stars as Ferrand, the director of a film where the behind-the-scenes drama is more interesting than anything happening in front of the camera! This sexy, funny, and sometimes tragic film is considered by many to be Truffaut’s masterpiece, and one of the greatest foreign films of all time.

Join faculty from the School of Theatre, Film & Television as they screen their favorite movies about film and television. At each screening, a faculty member will introduce their film of choice and share insight about the film’s history and significance to the entertainment industry. Select screenings will be enhanced with the presentation of a short film by a BFA film student in the program.