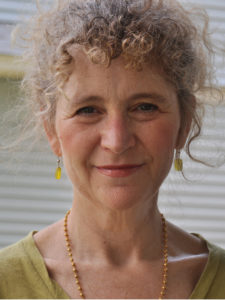 Farrel Jane Levy ACE is an editor, an activist, and an artist. She was trained at Cooper Union. Following art school, she spent several years trying to unionize office workers at a large insurance company. She has made a career as a film and television editor with credits including: Dirty Dancing, Across the Tracks, NYPD Blue, Criminal Minds, Primal Fear, Damages, Nashville, Evans Crime, The Good Doctor, and The Society. She recently finished work on the upcoming HBO/HBO Max series, Julia, about how Julia Child launched “The French Chef,” the original cooking show.

She has also been a television director and taught editing at The American Film Institute for over 20 years. She is a member of theMotion Picture Editors Guild, the Directors Guild and the American Cinema Editors. She is one of the founders of Look What SHE Did!, an organization whose mission is to inspire women and girls to greatness through short videos with stories of remarkable women who changed the world.