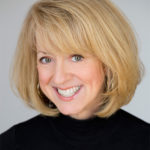 University of Arizona Theatre alumna, Sue Scott, is likely best-known for her voice work on A Prairie Home Companion as Ruth Harrison, Reference Librarian; Sugar, the unrefined but kind girlfriend of private detective Guy Noir; Marlene Brower, a blue-collar duct tape worker from Minnesota; and a plethora of other characters such as waitresses, hookers, harpies and more, that she’d brought to life each week on the radio. Scott will be back in Tucson this month and will be honored as the UA College of Fine Arts Alumna of the Year during an award ceremony on Friday, October 27, that will start at 2:30pm in the Student Union’s South Grand Ballroom and end at approximately 4pm. The 2017 College of Fine Arts Homecoming Luncheon will take place prior at 12:30pm in the Student Union North Ballroom.

As a UA student, Scott earned an apprenticeship with a professional summer stock company in Garrison, Iowa, called The Old Creamery Theatre Company. That company mounted new productions every two weeks. At age 19, Scott was cast as Martha in Arsenic and Old Lace, and at 20, she was Dolly Levy in The Matchmaker. The seasons offered a variety of works – from Moliere to Neil Simon – and during Scott’s five years there, she really honed her acting skills, playing roles of the young and the old. That’s where her career journey started and launched. She studied at The Second City in Chicago, an improvisational comedy enterprise, after attending the UA. She also acted at Brave New Workshop in Minneapolis, which led to her opportunities in local theatre and advertising.

In the late ‘80s, Scott was asked to do a variety of character voices on two, new, live radio broadcasts that Minnesota Public Radio was producing: Good Evening and First House on the Right.

It was 1992 when Garrison Keillor brought A Prairie Home Companion back to Minnesota from New York City after three years there, when Scott auditioned and was hired. She continued to work with her agents in Los Angeles and Minneapolis booking voice work.