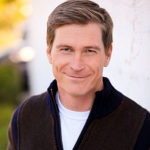 Hank Stratton is the Artistic Director for the Arizona Repertory Theatre. He starred in the Broadway revival and television film adaptation of The Man Who Came to Dinner. For three seasons he appeared in the CBS drama The Unit, in addition to recurring roles on Heroes and American Dreams. Other television work includes films and guest appearances for NBC, ABC, CBS, Hallmark and HBO. His theatre work include Love’s Labour’s Lost for the Royal Shakespeare Company, the national tours of the Tony Award winning productions of Copenhagen and Cabaret, and most recently My Fair Lady, Newsies , and Victor Victoria for Moonlight Stage Productions.  Previous ART work includes Spring Awakening, The Cripple of Inishmaan, Doubt: A Parable, A Streetcar Named Desire, Proof, Born Yesterday, Reckless, This, The Man Who Came To Dinner, and co-directing The Full Monty. He directed The Laramie Project for the Musical Theatre Majors at the University of Michigan. Hank is a graduate of the London Academy of Music and Dramatic Art.