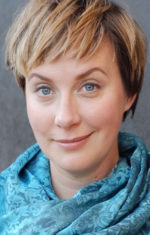 Claire Marie Mannle teaches courses in acting, directing, and theatre appreciation. At UA she appeared in The Tempest and The Comedy of Errors for Arizona Repertory Theatre and directed Nor Any Drop to Drink, a devised play about water issues in the Southwest, for the Studio Series. Other local productions include Eurydice, Mr. Burns, A Post-Electric Play, The Yellow Wallpaper, King Lear, The Grapes of Wrath, Macbeth, and The White Snake. A New York City native, she came to Tucson via Los Angeles where she worked with The Grand Guignolers, Cornerstone Theater Company, A Noise Within, The Antaeus Academy, and SITI Company. She has her MFA from the Dell’Arte International School of Physical Theater and her BA from Smith College.